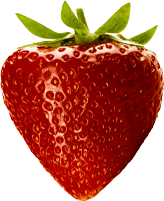 Organic September sees the promotion of organic food for a variety of reasons: better animal welfare, reduced carbon emissions from farming and better biodiversity to name a few.  But I want to talk about the use of pesticides on the food we eat and how they can impact type 2 diabetes.

The liver is an amazing organ that processes substances such as drugs (whether prescription or recreational), alcohol and pesticides to remove them from the body.  It also performs other tasks such as helping to digest fats through the production of bile and maintaining blood sugar levels by storing or releasing glucose into the blood as needed.  There is research that shows that pesticides can interfere with these processes used to balance energy by the liver and can ultimately lead to insulin resistance and diabetes.

So where possible try to include organic produce, which have far fewer pesticides, in your diet to give your liver a bit of a break.  Going fully organic can be expensive so it can help to work out where it’s worth paying a bit more. Pesticide Action Network UK publishes a ‘Dirty Dozen' and a ‘Clean Fifteen’ which has assessed the best and worst produce for pesticide residue.  In summary, pesticide residue is higher in citrus fruits and strawberries and lowest in beetroot, corn on the cob and mushrooms.  Check out the list to see where to focus your shopping this Organic September.  Have a tasty time.